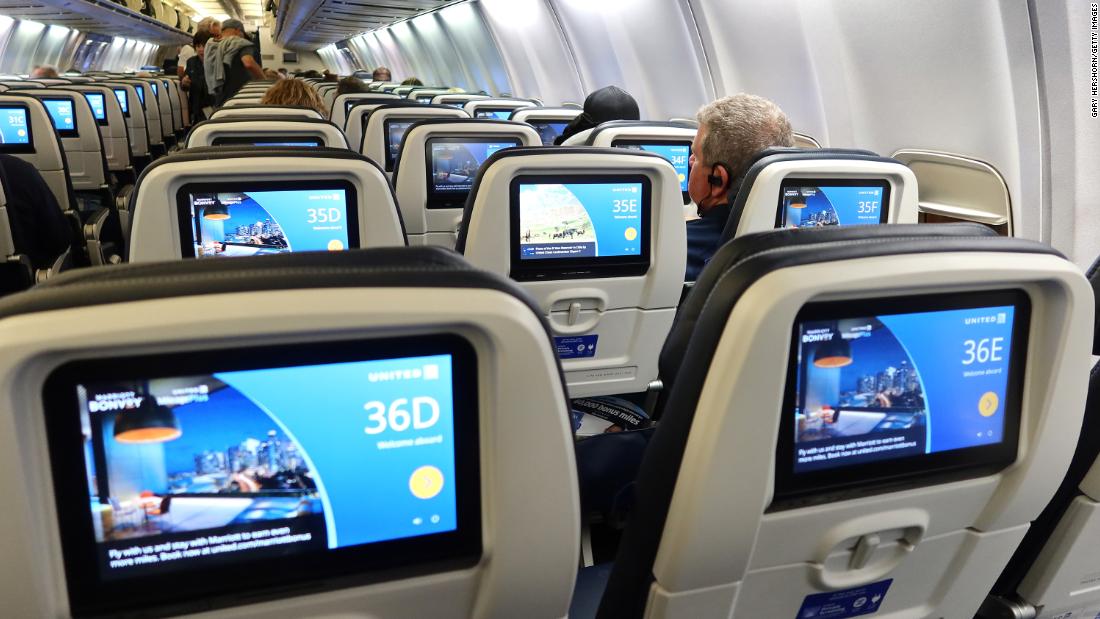 New York (CNN Business)United Airlines became the first airline to cut its US flight schedule on Wednesday, as passenger worry about the coronavirus has caused a sharp drop in demand.

United will ax flights in the United States and Canada by 10% and overseas flights by a total 20% in April from its original international schedule. That includes overseas flights that were canceled several weeks ago. United is looking at similar domestic and international cuts in May.
The moves were disclosed in an email Wednesday to employees made available to CNN. It also disclosed a hiring freeze, a program of voluntary unpaid leaves of absences or a reduced schedule for US employees and a delay of scheduled pay raises for management employees.
The airline plans to cut the schedule “in a way that minimizes the impact on our employees and our operation,” according to the email, including reducing frequency of flights per week between two cities or cutting routes with alternative travel options via indirect flights.
The email did not give details about how much travel had fallen at United amid the growing fears of the spread of the coronavirus in the United States. The crisis “continues to evolve rapidly” for the airline industry, said the email from CEO Oscar Munoz, and Scott Kirby, United’s president who is set to succeed Munoz in May.
“We sincerely hope that these latest measures are enough, but the dynamic nature of this outbreak requires us to be nimble and flexible moving forward in how we respond,” said the email.
United had already warned investors that the crisis had cut virtually all of its revenue on flights to China and Hong Kong during the current quarter, and about 75% onother trans-Pacific flights. But it said that it still expects to hit its earnings target for the quarter due partly to lower spending on fuel. Besides the fuel savings that comes from canceling flights, the price of jet fuel has plunged in recent weeks.
But the email did not give any new guidance on earnings. And it warned that “a lot has changed since this weekend.” 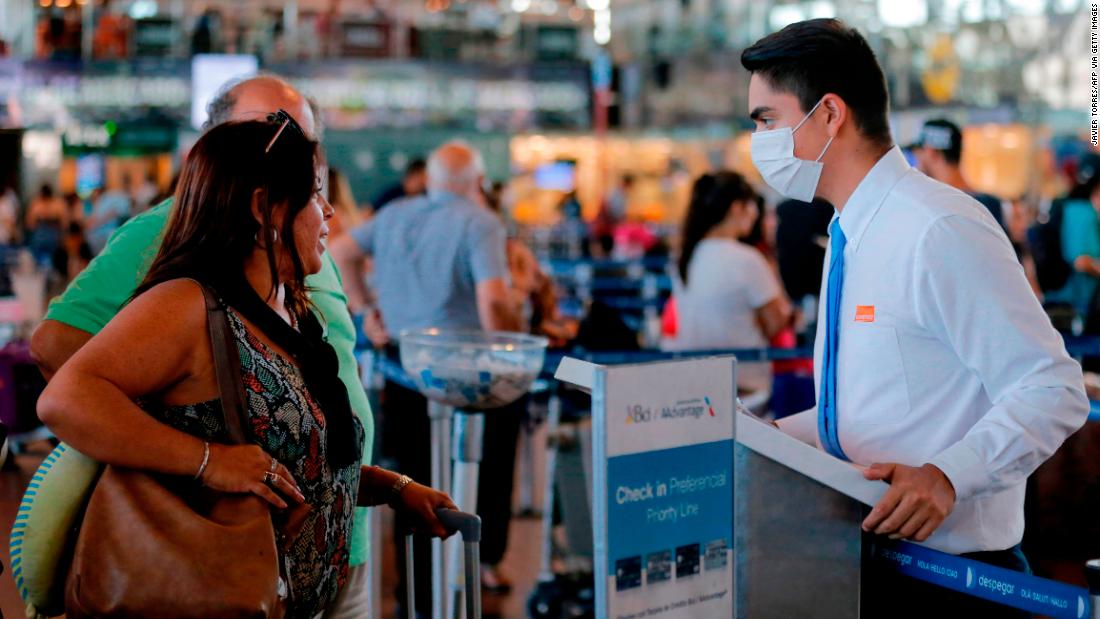 Shares of United (UAL) closed up 2% on Wednesday as stocks rebounded from a recent sell-off. But shares are still down 23.8% since Feb. 21.
American Airlines (AAL) was the only US airline to immediately respond to a request for comment on its plans in light of United’s announcement.
“We are continuing to closely monitor the situation and will make any updates as necessary,” said American.
Executives from most of the major airlines, including United CEO Oscar Munoz, met with President Donald Trump and Vice President Mike Pence Wednesday to discuss the impact of the coronavirus on air travel and how to coordinate activity between the industry and the government.
In response to a question, President Trump said he did not believe that the airlines would need a bailout, similar to the one they received in 2001 in the wake of the 9/11 terrorist attacks.
“Don’t ask that question please, because they haven’t asked [for] that. I don’t want you to give them any ideas,” said Trump about the possibility of a bailout. He said the idea had not been discussed. He also said he believes flying is safe.
“Where these people are flying, it’s safe to fly,” he said.
Passenger uncertainty about travel has prompted major US airlines to suspend their change fees, which itself is hurting their revenue.
JetBlue (JBLU) was the first to announce a suspension of the fee last week, and American suspended its fees on Sunday.
Delta (DAL) suspended the fees for international travel on Monday evening and on all tickets Wednesday. United announced Tuesday it would suspend its change fee. But fees are only being suspended on newly booked tickets.
The airlines take in a tremendous amount of money on change fees. In the third quarter alone the US carriers took in $739 million in change fees, and $2.8 billion in change fees for the 12 months ending in September.
Southwest (LUV) in the only major US airline that generally does not charge change fees. A spokesman for the company said it is monitoring the situation and “will make any necessary adjustment we see fit.”